Over the last 50 years the Central Bank of Trinidad and Tobago has acquired an extensive art collection as an investment in the heritage and artistic development of Trinidad and Tobago. The collection began in 1964 when the Bank was still located at the Treasury Building, and at that time comprised of fifty two (52) pieces of art from various artists across the country. Leading the process of acquisition for the Bank in those early years were artists Carlisle Chang, Isaiah James Boodhoo and Ralph Baney. Their vision for art within a nationalistic context led the Bank on a course which has established one of the most important art collections in Trinidad and Tobago.

From those early beginnings the collection has grown significantly and is now considered to be one of the largest and best collections of local art in existence. The earliest acquisitions were by artists such as Ken Morris, Samuel Ishak, Pat Bishop, Nina Squires and Knolly Greenidge to name a few. Throughout the 70s and 80s the Bank continued to acquire significant works of art by such artists as Boscoe Holder, Sybil Atteck and M.P. Alladin. 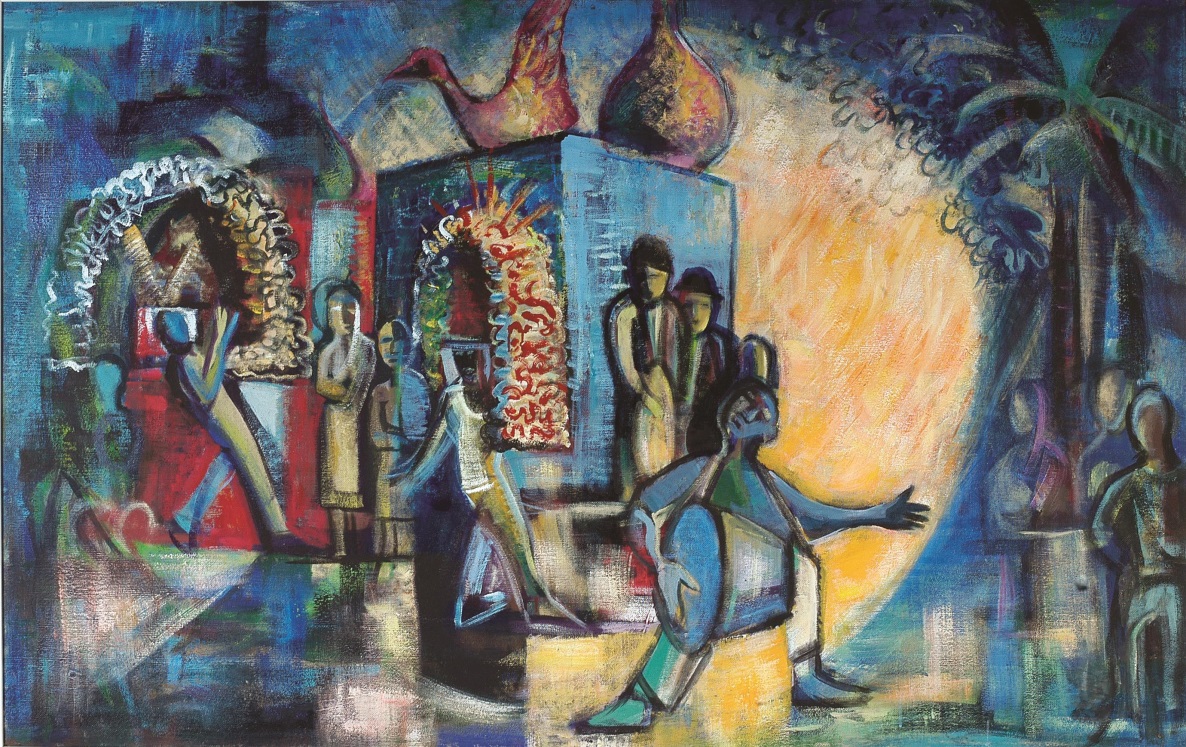 During the lead up to the completion of the Eric Williams Financial Complex that was to be the new home of the Ministry of Finance and the Central Bank, a team was gathered to work with the architects and interior design company in order to come up with a plan to outfit the building with some of the best examples of local art possible. The committee’s mandate was two-fold:

Based on the above objectives the committee presented several recommendations for the placement of existing works in the collection in suitable spaces. They also recommended new purchases through selections from an exhibition that was to be held on the ground floor of the bank, commissioned paintings and sculptures as well as a competition for a large mural on the concourse.

During the process many new and important acquisitions were made and the mural competition was eventually held between the period February 27th and March 28th, 1986. The competition was judged by then Senior Curator of the Museum of Modern Art (MOMA), New York, Mr. Kynaston McShine; a Trinidadian. Entries were received from the likes of Peter Minshall, Guy Beckles and Hettie De Gannes. Short listed participants included Ken Morris, Greer Jones and Willie Chen; with Mr. Chen finally winning the overall competition with his copper concept entitled Solar Marinorama. The final mural was completed and installed in June 1986. The Mural is located on the ground floor of the Bank just above the Money Museum entrance.

Into the 90s and 2000s the Bank continued to make important acquisitions through its Acquisitions Committee. Many pieces were collected during those decades by artists such as Norris Iton, Leroy Clarke and Donald “Jackie” Hinkson.

Throughout the existence of the collection the Bank has held special exhibitions of the collection at various significant points in the history of the Central Bank or the history of Trinidad and Tobago. These special exhibitions were aimed at showcasing the artwork to the public for entertainment and education. Art exhibitions at the Bank were always well attended as they gave the public including students the opportunity to see work that would normally be in areas of the bank restricted to the general public.

Some of these exhibitions/competitions and workshops held over the year are shown in the table below:

In a newspaper release following the opening of the Bank’s 30th Anniversary Art exhibition, Carlisle Chang wrote of the Bank’s art that, “it is a collection of which we may all be proud…”. Indeed the Central Bank takes great pride in its collection. The Bank has and continues to ensure that the collection is safeguarded and preserved for future generations. The Bank also prioritizes access to the collection by the public for educational purposes as well as enjoyment and plans to continually develop exhibition programming that will increase public interaction and engagement with the artwork. 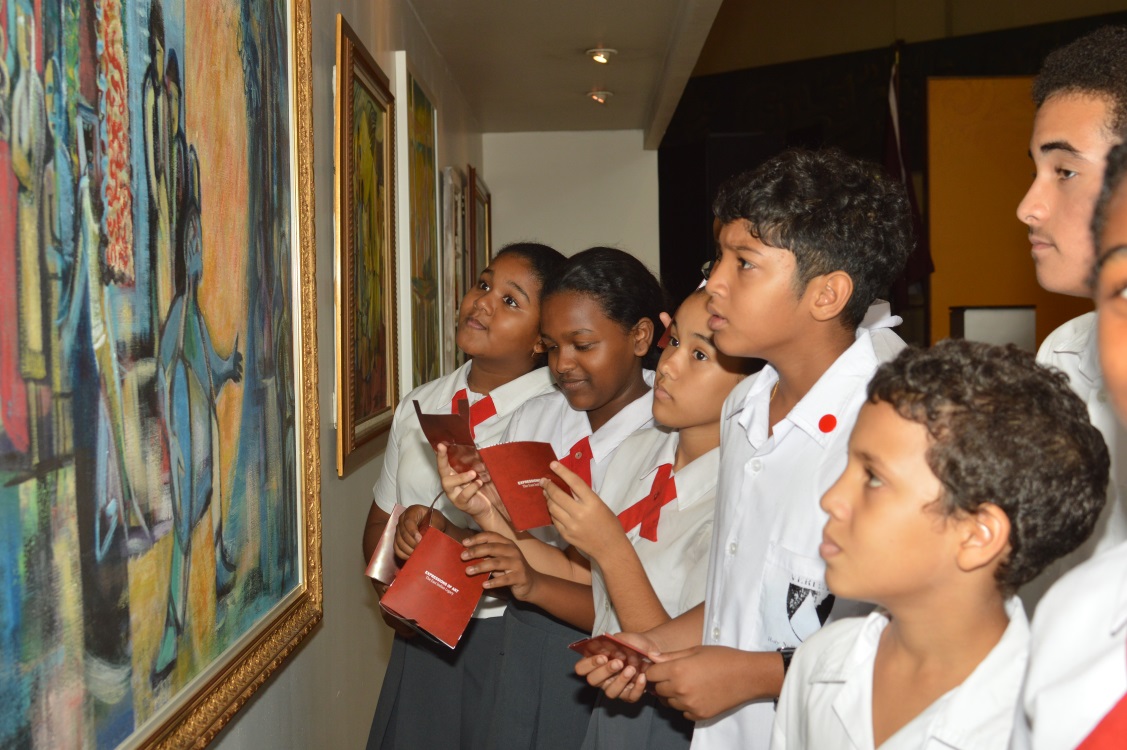 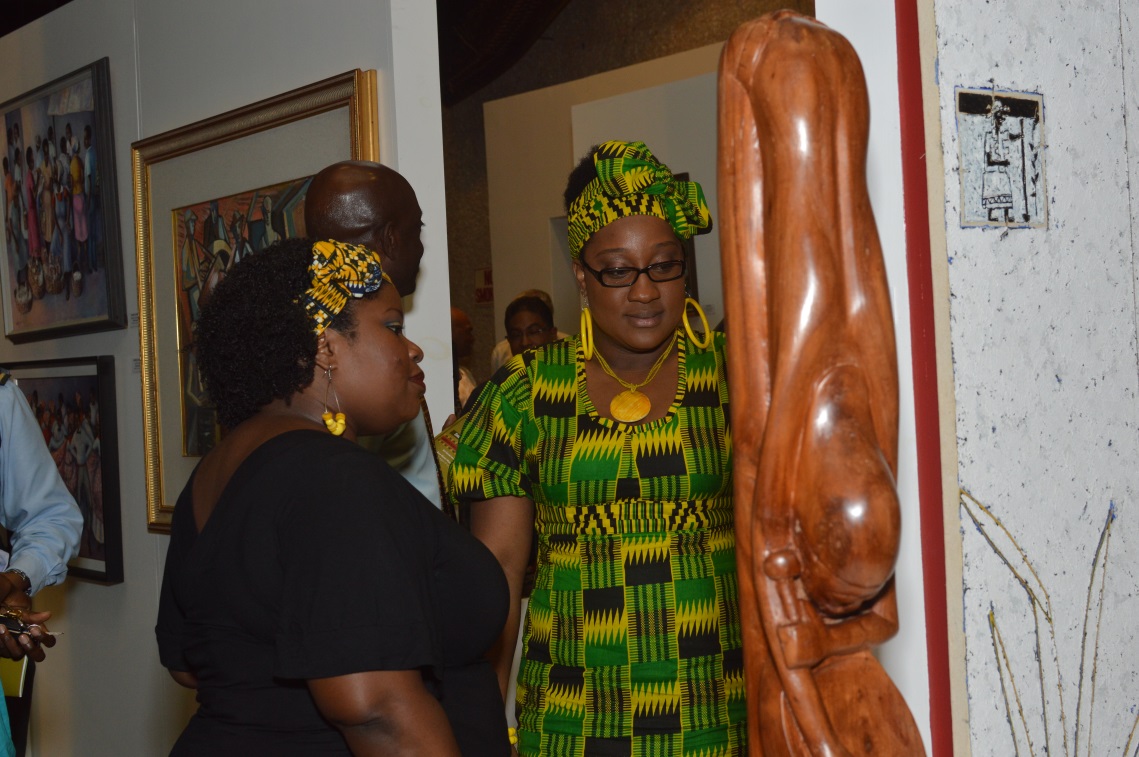